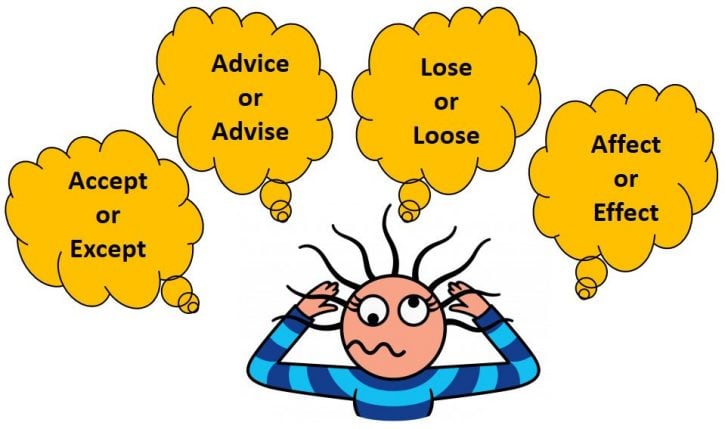 There are many words in the English language that sound and look alike, but they have different meanings. Therefore, it is easy to confuse these words for one another, and most electronic spell checkers will not be much of help in this situation since the words are not wrongly spelled but misused.

It happens when you are writing a piece, and then you take a moment to ask yourself if it is loose or lose? Or if its affect or effect? It also happens to seasoned writers at times. 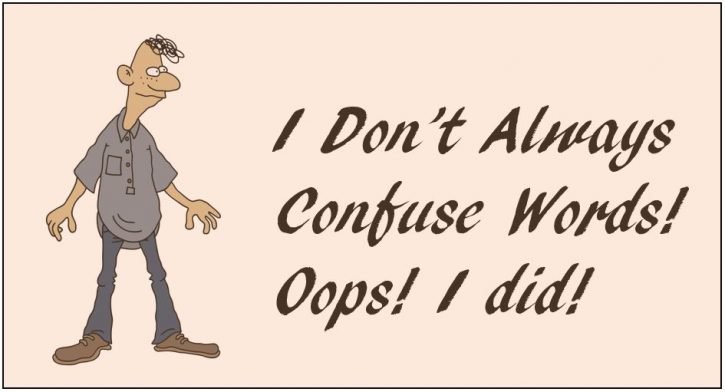 Lose is a verb that means not to have something anymore, not to win or to be unable to find an item

She will lose her money if she does not keep it well.

Loose is an adjective that means free, not tight, or unattached. On several occasions, it could be used as a verb meaning to let go of something or to untie.

The button fell off because it was too loose.

The effect of alcohol is usually a loss of balance

I advised her on how to invest her money

All together and Altogether

All together is an adverb that means as a group, all in the same place, or all at the same time

They were all together in the hall for the reunion

Altogether is an adverb that means without exception, completely or on the whole.

Altogether, you should not have done that.

Accept is a verb that means to receive or to admit to a place or a group.

I will accept his apology.

He owns everything in here except the baseball cards

Among is used to express a collective or relationship of several items.

She was asked to share the inheritance among the four children.

Between is used to express the relationship of two things or one thing to several other things.

It is usually to choose between jam and peanut butter.

I can play all sorts of sports, e.g., football, basketball, etc.

i.e means that is

Being conversant with the four cardinal points, i.e., north, east, south, and west, is an excellent way not to get lost.

Breathe is a verb that means to inhale (draw air into) or exhale (expel air from).

After seeing the magnificent performance, he had to remind himself to breathe.

Breath is a noun that refers to the air that goes in and out of the lungs.

John held his breath for 3 minutes under the water.

Emigrate is a verb that means to move away or to go live somewhere else.

My grandfather emigrated from England 50 years ago

James immigrated to china back in 2005.

Compliment is usually a noun that means an expression of praise, respect or congratulations

I gave the chef my compliments on the wonderful meal

The blue tie really does complement your white shirt.

Bear is usually a verb that means to hold up or support heavyweight. It could also mean to suffer or endure difficulties.

I cannot bear to see you in pains

Bare is an adjective that means uncovered or naked

You can only enter the temple if your feet are bare.

Do not confuse English words. Get an editing service to fix your mistakes!