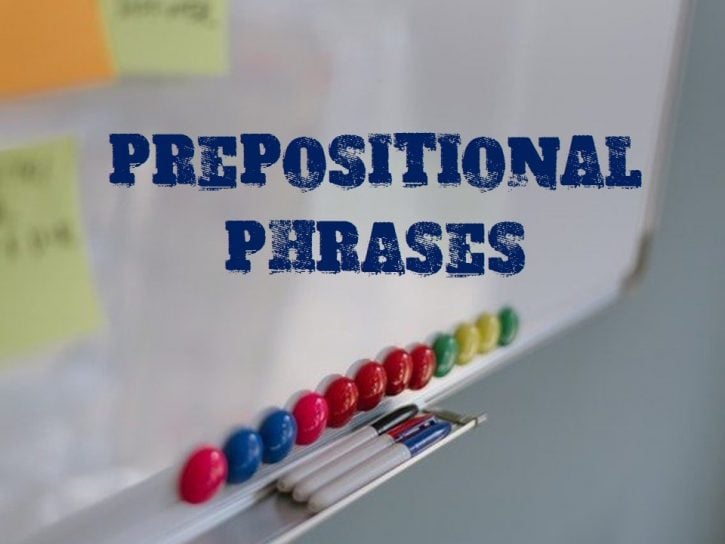 Adjectival phrases, on the other hand, is a group of words which acts as an adjective. They usually qualify a noun or a pronoun in a sentence. Examples include:

Here are some more examples of a prepositional phrase acting as an adverb:

1. James drove his new car across the road.

The verb in this sentence is “drove”. The preposition is “across” and the adverbial phrase is “across the road.”

2. The congregation ran out of the church when the fire alarm rang out.

“Ran” is the verb being described. The preposition is “out”, and the adverb phrase is “out of the church.”

Here are some examples of a prepositional phrase acting as an adjective:

Prepositional phrases can also function as a noun, thereby being the subject of a sentence. Examples are these:

It can be tempting to use several prepositions, or prepositional phrases in your writing. However, you must keep it to the barest minimum at all times. Grammarly advises that if your writing has one proposition in every ten words, it shows that you need to edit them out. Your writing will appear more professional and elegant when you use lesser prepositions.

Here are a few common prepositional phrases and their meanings:

Do you need help with your writing? Click here!