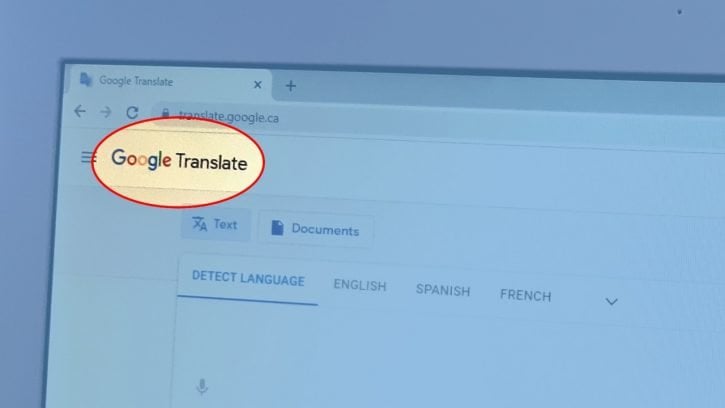 In this increasingly global and connected world that we live within, today we have grown used to communicating with people from all over the world. Global contact is now a common part of day-to-day life for humans from all across the world. However, a big part of this globalization of communication is the fact that we need to deal with hearing more languages than ever. Now, though, when someone speaks to you, or sends you a written word in a foreign language, you can use online translation tools to decipher the meaning. Yet with many different translation tools out there today, which one do you trust to do the job correctly?

For many people, the translation tool of choice they will use is Google Translate. This has become one of the most important translation tools out there today, capturing a huge audience of people trying to communicate with people from all over the world. However, if you never used the tool before, you might not be aware of what it is, how it works, the pros and cons of its operation, and the common mistakes to look out for.

In this article, we will try and break down everything you need to know about Google Translate.

What is Google Translate?

First off, what actually is Google Translate?

Available as both a website platform and a mobile app, as well as various offline software edition, Google Translate is used worldwide. It first launched in 2006, and quickly became a major part of the Google offering. Starting out, it used documents from the United Nations and European Union to build a large cache of linguistic data that could be then built upon, developed, and understood.

Google Translate, then, became popular head of other translation tools because it makes such a clear effort to provide proper grammar. It re-arranges sentences and adjusted it piece by piece, trying to add in a specific translation that actually feels like something a human would say. So, as opposed to giving you rough translations, Google Translate tries to provide a more human-like translation.

The actual development of Google Translate is a Google-wide process, but the mastermind behind the development came from Sergey Brin. Brin is the Co-Founder of Google itself, and he developed the program to solve a daily need. As a major player in a global company like Google, Brin found himself annoyed at the number of e-mails that he could not understand probably due to poor auto-translations. Instead of creating a contextual translation, most tools he used simply created an ‘as-is’ translation that made no sense to him. So, he set about finding a solution to the problem – and the solution to solving such an issue was, of course, Google Translate.

Brin is a Russian-born expert, and decided that he should put his expertise into the development of a tool that could benefit him and others all at once. They decided to create Google Translate using a “statistical machine translation service” that would look to build upon a unique process. By translating all text into English and then into the desired language, this allows for the creation of more contextually accurate content that makes logical sense to the reader.

As you can imagine, a tool as advanced as Google Translate has gone through quite a lot of changes since it was first released. When it was first released in 2006, the bulk of its learning came from looking other EU and UN documents. Over time, though, that began to adjust. Limits, though, were clear; the SMT system being used was creating poor grammatical translations, and it was struggling with the accuracy of more complex phrases.

However, the program kept building and growing and, by 2010, was now a commonly used part of the translation community. However, it began to become used on Android and Apple products as a key part of the next-decade push into smartphones and mobile technology. It even became a part of the Google Chrome browser, being offered as an automated part of the browser itself. Now, it could even translate and pronounce text that was given in picture formats and other unfamiliar formats.

By 2014, the tool had continued to grow to an impressive save and was now able to deal with visual and voice translations. Today, it is commonly used as part of an on-demand voice translation service, with many people having full conversations using Google Translate alone to parse the meaning of each sentence. By 2016, though, the tool was adapted further and moved to a Neural Machine Translation engine.

This allows for a greater use and reliance on “machine learning” to help boost the output and to ensure that entire sentences could be translated at once. This helps to create more accurate, contextual information that actually makes sense in the context of what was being said in the first place. As opposed to word-for-word literal translations, this made things much clearer.

What can Google Translate do?

While it is primarily a tool used for translation for text, today Google Translate can be used for a lot more than just basic text translations. Today, it is commonly used for the following translation services and needs:

As you can see, then, Google Translate has many great features that allow it to be used in as many ways as imaginable. It is the de facto go-to solution for those who need effective, reliable translations across some of the most commonly spoken and popular languages in the world at this moment in time. For those who are looking to understand why Google Translate is such a popular tool, then, this gives you a clear understanding of why.

With the capability to do so much with just one tool, with ever-increasing accuracy, across so many different tools, translation has never been as easy as it is when using Google Translate.

The benefits of using Google Translate

As you can imagine, Google Translate has grown to be among the most popular tools of its kind.

The ease of which you can access the product and use it is highly impressive, but what other benefits make the use of Google Translate so useful to the end user?

The cons of using Google Translate

However, despite the quality and the rapid rate of improvement, Google Translate is not perfect by any means. Just some of the biggest and most common issues reported with using the software include:

However, despite the limits, it would be fair to say that given it is free and accessible from almost anywhere that Google Translate is making a lot of positive strides.

How to use Google Translate properly

If you are serious about using Google Translate on a regular basis, then you need to get used to how to work with the tool itself. Typically, you should be looking for a way to get the most out of the tool and this means making sure that you use it correctly. Typically, you will need to download the app or visit the Google Translate website – both offer roughly the same kind of range of features you can use.

The translation process at the moment can handle over 100 languages more or less in full, and it can read around 90 languages when translating an image. At the moment, you can translate conversations on demand in over 40 languages.

If you would prefer to attach a document, then you can do so using the small little three-line options button next to the Google Translate heading on the app. You can then upload a document and allow Google Translate to run through the translation for you.

To translate an image, though, you will need to choose images from the source and then choose the target language that you wish to work with. Then, you need to aim the camera at the sign, menu, and/or document, and take the photo. This will then offer as best as possible live translations; great for restaurants, billboards, and notices written in foreign languages.

Should I use Google Translate?

While it is still being improved and added to, Google Translate is already one of the most comprehensive translation tools on the web today. Add in the fact that it is free to use, and you can see that using this tool is one of the smartest ideas that you could have for quicker, easier translation on demand.

Also read “What Is Google Classroom?”

4 thoughts on “Everything You Need to Know about Google Translate” 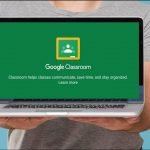 What Is Google Classroom? All You Need to Know!

Introduction The world is becoming more and more paperless each day, and classrooms are not left behind. Today, many teachers are beginning to find solutions to manage their classrooms, hand out assignments, and communicate with students via simple tools and platforms. Gmail, Google Docs, Google Calendar -just to mention a few- are among some of…