MLA format is a literature referencing style that is developed by the Modern Language Association. The writing style offers a flexible guideline for writing, referencing as well as formatting. One of these set guidelines concerns the MLA headings and subheadings.

Headings and subheadings are identifiers that are required to help organize and provide structure to MLA papers and essays. Writers who make use of MLA properly not just enhance the readability of their book, manuscript, thesis, journal, or any literary piece, they consequently enhance their credibility as writers due to this display of accountability to their source material.

MLA has a set of broad rules, however, MLA does not exactly set rules for formatting MLA headings and subheadings. It just has to be consistent with the general formatting guidelines of the MLA style.

The Modern Language Association of America or MLA for short is the major professional conglomerate in the US to which scholars of language and literature belong.

Founded in 1883, the objective of this association lies with strengthening the teaching and study of language and literature and it has over 25,000 members in over a hundred countries. This organization lays claim to the MLA format of literature writing which has been largely adopted all over the world. It is this writing style that is largely referenced all through this article.

Oftentimes, most students and writers mistake a heading for a header. Although both are mostly misconstrued to be the same thing, they have different purposes. For instance, an MLA heading is found on the first page and serves the purpose of identifying information while a header is an identifier that is found on every page of your literary piece.

Section Headings improve the readability of a literary work and students may not be required to include section headings in their papers or essay. This is why it is important to ask your instructor or consult the assignment guideline to be sure. Therefore, if you are required to include section headings, then it is important to follow the guidelines in this article.

Do you need help with MLA style? We can help!

MLA format does not require a title page for essays and paper. However, the title of the paper and essay should appear on the first page according to the format of MLA heading. Plus, the title comes immediately after your information, your instructor’s information, course information and the due date.

The title should be easily noticeable as it holds the topic of the entire paper. This is why it’s designed to be the most conspicuous part of a project or literary piece. Word processors do provide the layout styles that depict how a title should be, but even with this, knowing the requirements of writing a title in MLA will come in handy. Here are some of these requirements;

The title should be

The title should not be italicized, bold, underlined, put in quotation marks

Let’s call this the dos of title writing in MLA style. Writing a title also comes with a bag of don’ts and here are some of them;

“The Beginning Of Revolution In Mid Africa”

As expected, MLA headings in a paper or an essay should be styled in descending order of prominence. This implies that if the title heading is the most prominent, what follows it should be of a reduced font size until the end of the work.

MLA Headings should be

The subheadings in MLA format are quite similar to those in the APA style as they both have five different levels. Just like the headings, subheadings should be styled in order of their prominence.

Because of the number of levels, identifying which subheading belongs to which level can be a hassle. This is why in MLA style, the font styling is used to differentiate the levels of subheadings. The consistency in the styling of the subheading is essential in letting the readers understand the structure of the paper or essay. Therefore, each level of subheading should appear in the same size, format, and style for easy identification.

Additionally, the subheadings in an MLA paper or essay should be flushed to the left margin to avoid confusion with block quotations. Also, no internal level should have only one level. That is, if you are going to be having a level between 1 to 5, there must be more than one instance of those. For example, if you have one level 2 heading, you will need to have a second level 2 heading.

All headings must have text underneath them.

Levels of subheadings and their formatting

You may also be interested in our thesis editing service!

When to Use the Different Subheading Levels

Using the right subheading level is important because it aids with the navigation of the paper as well as knowing the information to be added in the table of contents. This is why it is important to use

In addition to this, certain pointers will help you understand the use of these MLA headings and subheadings, here is a handful of them.

When writing headings and subheadings there needs to be consistency in the styling as it is imperative to highlight the structure of the literary piece. In essence, for every level 1 heading, H1, there should be an identical styling in font size, color, and style.

The same thing applies to all H2 headings and so forth. Also, numbers, bullets, and letters should be avoided when designating headings. This is because every heading labeled ‘1’ will require a subsequent heading labelled’2′ and every ‘a’ will imply a succeeding ‘b’.

When using an internal heading level there should always be more than a single instance. In essence, if there is a level 1 heading or H1, there needs to be a second H1 heading as this is what gives the structure of the literary piece balance.

The only exception to this guideline is on the chapter’s title, references, or headings for notes. Also, there should always be text under each heading.

MLA headings and Subheadings are not designed for length. In fact, shorter headings give more concise meanings and enhance readability. Hence, the shorter the MLA heading or subheading, the better for the literary piece.

MLA headings, provided it’s a chapter title, should be centrally aligned. However, in a literary piece that is neither professional nor an advocate for publishing, headings and subheadings can align with the left side of the margin.

MLA style stems from the Modern Language Association and it’s a referencing method in writing. From in-text citations to the bibliography, there is a structured and laid out style in MLA which is designed to upgrade the readability and conciseness of any literary piece.

In light of this, most students find headings and subheadings confusing. This is why the different formats of writing any type of heading and subheading in MLA style have been highlighted in this piece.

You may also want to read Chicago Headings and Subheadings! 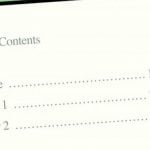 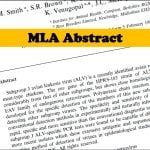 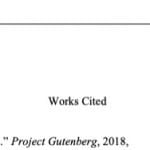 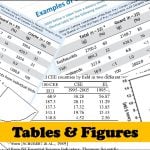 Tables and Figures in MLA Format

The inclusion of visual materials such as tables and figures in your paper is to improve the understanding of information and that of the topic by the readers. Authors can embed different types of visuals, such as diagrams, photographs, musical scores, and several others. However, MLA format is used mainly by students and researchers in…