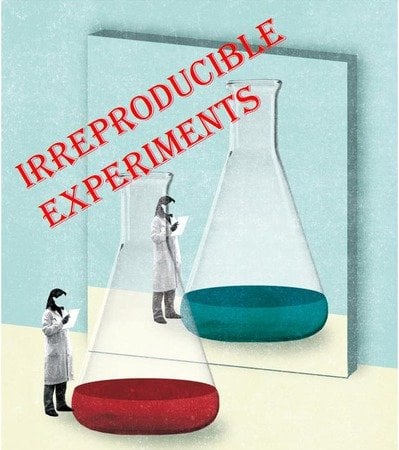 As soon as scientists write up their findings and results in scientific papers, they should endeavor to include their methodology in order to allow other scientists to replicate those results. It is also important for a study to be replicated much time over by an independent group of scientists before they can be confident that their findings are correct.

Erroneous findings are eliminated by the ability of those results to be reproduced or replicated. It also saves other scientists desiring to pursue researches in such line time and resources.

Is Irreproducibility of Result an Issue?

A survey conducted in 2016 asked a similar question, and about 52 percent of the respondents that participated in the survey replied ‘Yes.’ Another report says that about 70 percent of scientists have made efforts to reproduce the result of the papers published by their colleagues without success.

Why Does This Occur?

There are several reasons why results or findings are often difficult to reproduce by another researcher:

The inability to reproduce many results from papers is often due to the reinforcement of mistakes. This happens because the present-day researchers rely on their research being cited by other scientists. It is natural for researchers to rely on themselves.

If a researcher doesn’t understand some portion of the research, he is most likely to change and tweak some things which will ultimately yield a different result.

When basic research is concerned, there are some areas where you aren’t aware of which certain conditions influence the outcome of the research. In such situations, the result will not be the same as the one being reproduced.

The fact that some findings and results from certain researches cannot be reproduced doesn’t mean that the researcher(s) employed scientific methods that are disputable. The reproduction of research findings is hinged partly on the false notion that scientific experiments and works are well defined.

Another false claim is that standardized machines will, at every point in time, produce the same outcome from the same inputs. Therefore, it is necessary to test all possibilities before we term a research work that cannot be reproduced ‘bad or wrong.’ 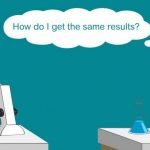 Importance of Reproducibility in Science