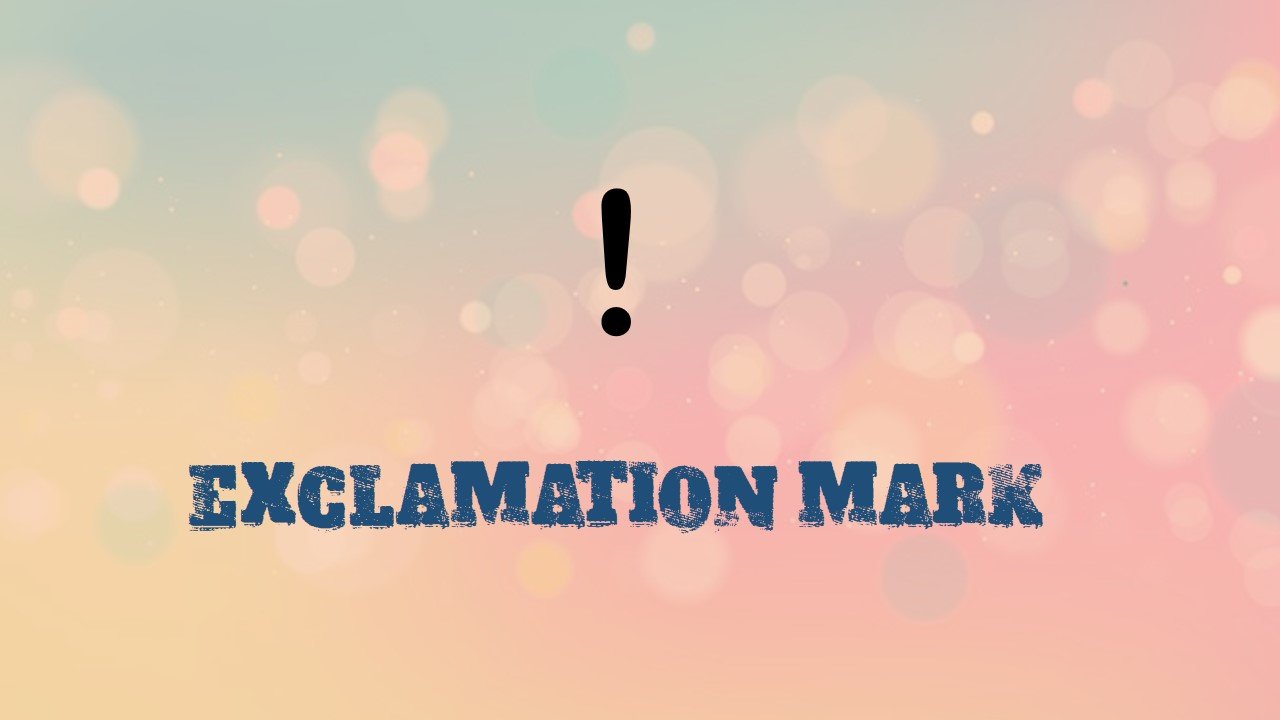 The first time exclamation marks were used in the English Language was in the 15th century. It was used to show emphasis and was referred to as the sign of admiration. However, it was in the 1970s that it was introduced to the typewriter. Today, it is on the computer’s keyboard, hovering over the number one.

The major function of the exclamation mark is to show excitement or shock. It can also be used to express surprise or any other strong emotion.

To use an exclamation mark in a sentence, you have to put it at the end of the sentence. Take a look at the examples below:

Also, exclamation marks are used after interjections. Interjections are words that convey the emotions of the subject. They could be used to express anger, sadness, excitement, fear, and so on. When they are used, an exclamation mark immediately comes after it. Examples are:

Also, you can use exclamation marks when quoting a person. But whenever you do this, the punctuation mark has to be inside the quotation marks. Here is an example:

Furthermore, a group of other writers agree that it should be used sparingly, while another group uses them as much as they want; an example is Tom Wolfe, whose works usually crawl with exclamation marks.

Punctuation marks should not be used with a full stop. For example:

Get out of my house!.

Get out of my house!

An exclamation mark should not be used with any other punctuation.

Due to the controversy still surrounding the punctuation mark, it is advised that you try to use it as little as possible in official or academic writing. To be even safer, you could ask the lecturer or recipient if the use of exclamation marks is allowed.

The Golden Rules of Punctuation