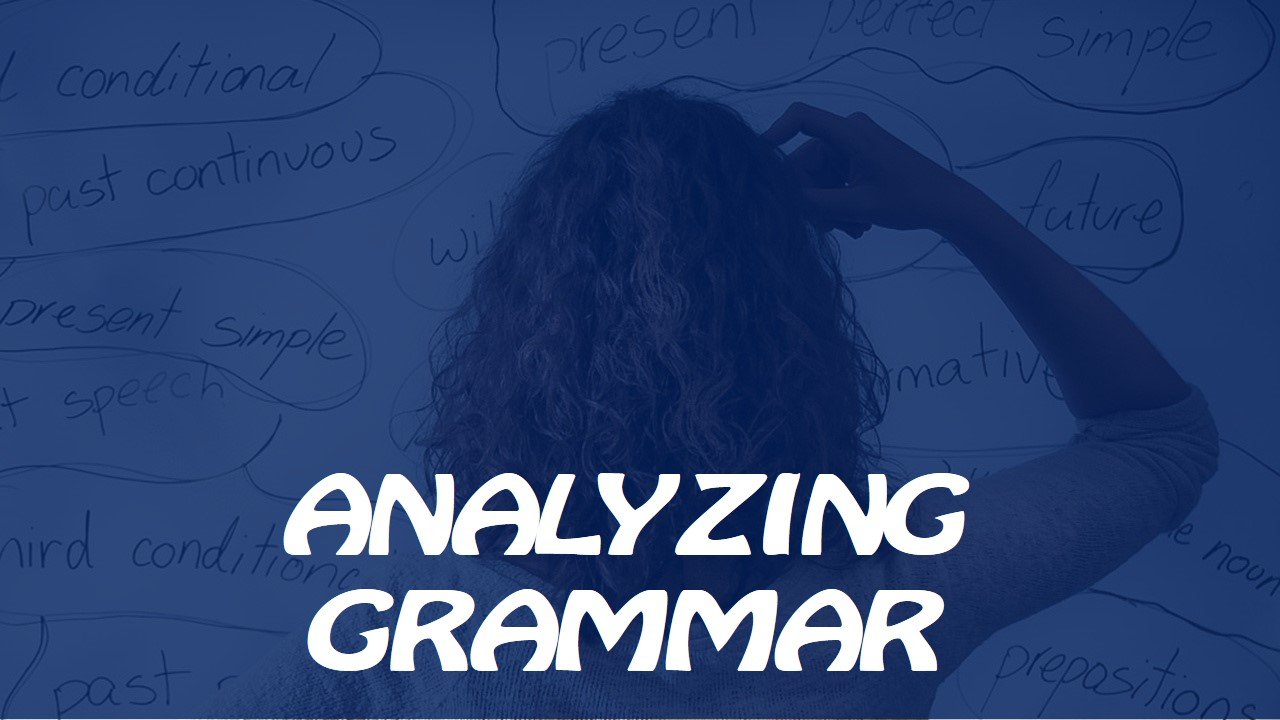 Analyzing grammar is a necessary part of proofreading and editing a text for professional or academic reasons. It is important because it makes it easy for readers to quickly grasp the message of the writer. However, to analyze grammar, several factors must be well understood before one can make a correct analysis.

First and foremost, it is important to understand all the parts of speech, and how they ought to be used in a sentence. They include:

Each of these parts is to be used correctly, and a tiny omission or misunderstanding could send a vague message to the reader.

Take this sentence for example:

John is a boy; John enjoys skiing: This sentence makes mention of JOHN twice, when in fact a pronoun should be used.

John is a boy; he enjoys skiing: This sentence shows a fine balance between the noun and pronoun.

Furthermore, in analyzing grammar, it is important to check the form of the part of speech used, and determine if it is correct or not. An example is the comparative and superlative adjectives and their usage. For example; he is the beautifulest boy I have ever seen. However, the correct sentence will be: He is the most beautiful boy I have ever seen.

A further step in analyzing grammar is to check if every sentence respects the rule of concord. In the English language, there exist more than 24 rules of concord, all of which must be respected at all times. The major rules include:

Importantly, it is also necessary to check for the use of direct and reported speech. Furthermore, spelling errors should also be checked and properly corrected. Also important is the correct use of punctuation; commas should be used in long sentences, full stops at the end of sentences, and so on. Punctuation like the semi-colon and dash should be used as little as possible.

Conclusively, conducting a grammatical analysis of your work is not just an important process, it is a necessary part of your writing process. The grammatical analysis process allows you to see errors that you might have missed while writing, and also gives you better ideas on how to craft your sentences.

Short History Of The English Language