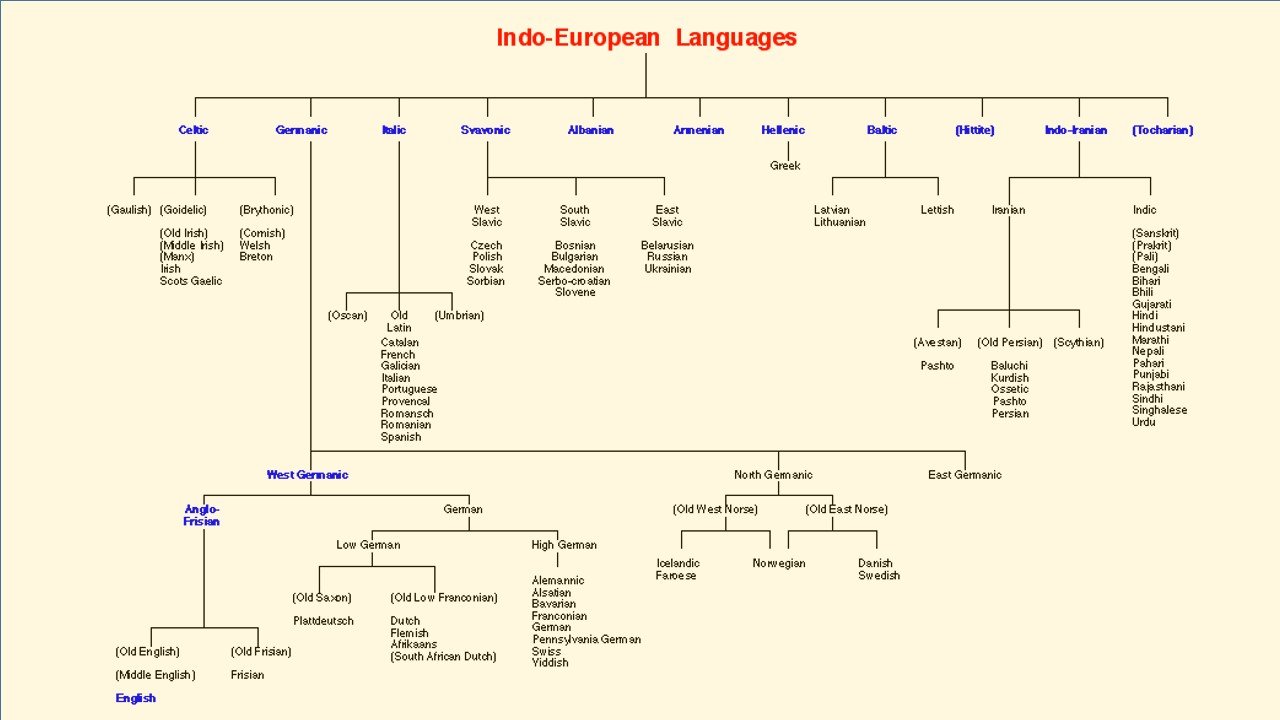 You probably don’t know this, but just as every human belongs to a particular family, every language spoken in the world belongs to a family. The same rule applies to the English language as it belongs to the Indo-European language family. Now, what are language families? A language family refers to a group of languages that have developed from a common ancestor called a protolanguage.

Although the ancestral language of languages is not always known, it is possible to identify many of its features by using the comparative method that can be used to demonstrate the family status of many languages.

There are about 147 language families in the world, according to the 16th edition of Ethnologue. However, since there is limited knowledge of the languages spoken in linguistically diverse areas of the world, such as Africa, the number of language families might be more than 147.

Today, the Indo-European language family has about 2.6 billion speakers, which constitute about 45% of the world’s population, making it the language family with the most significant number of speakers.

The languages in the Indo-European language family are divided into ten main branches, which are explained below.

The Germanic tribes lived in southern Scandinavia and northern Germany in the middle of the first millennium. However, they began their migration and expansion sometime in the 2nd century BCE. The languages that belong to this branch include English, German, Yiddish, Frisian, Faroese, Dutch, Danish, Swedish, Norwegian, Icelandic, with Gothic being the oldest in the branch.

The Indo-Iranian is made up of 2 sub-branches which are Indo-Aryan (Indic) and Iranian. Indo-Aryan are the languages that have been spoken in the now northern and central India and Pakistan since 1000 BCE. Hindi, Bengali, Sinhalese, and the many dialects of Romany all belong to Indo-Aryan languages.

Although having several dialects, Greek remained a single language throughout history spoken in Greece since 1600 BCE.

Italian, Romanian, Spanish, Portuguese, French, and several others are all languages that belong to the italic languages. However, Latin is the principal language of the Italic group, which was the original language spoken in Rome.

Just like Greek, Armenian remained a single language spoken as early as the 6th century BCE. Speakers of Armenian resides in Armenia and eastern turkey.

The Celtic languages were spoken in a wide area of Europe, including Spain, Britain, and Balkans in the last centuries before the Common Era. There are only a few Celtic languages that were able to survive; they include Irish, Welsh, and few others.

The Balto-Slavic tribes occupied a large area of eastern Europe (Poland and the states of Belarus, Ukraine, and Russia) at the beginning of the Common Era. These areas spoke either Balto or Slavic.

Albanian, which remains the language of Albania’s present-day republic, has been spoken since the 15th century CE.

Just like Tocharian languages, the Anatolian languages spoken during the 1st and 2nd millennia BCE in Asian Turkey and northern Syria are now extinct. The best-known Anatolian language is Hittite (the official language of the Hittite empire); others were Lydian, Lycian, Palaic, and Luvian.

Additionally, several other poorly documented languages have gone extinct of which enough is known to be sure that they were Indo-European, which does not belong to any of the groups listed above, for example, Phrygia and Macedonian.

Also, there is way too little knowledge of some other languages to ascertain if they were Indo-European or not.

Short History Of The English Language