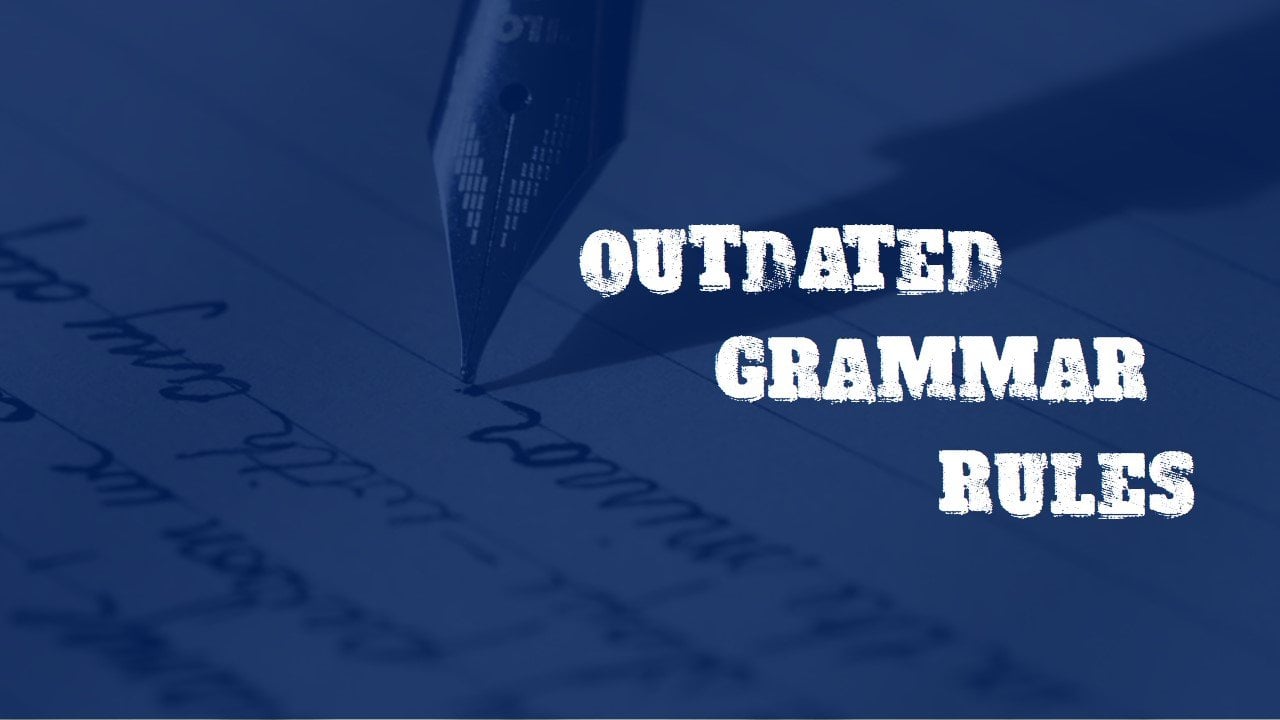 The English language is a dynamic language, an ever-growing language which immediately adapts to the current dictations of the environment in which it is being spoken. There are many outdated grammar rules that do not apply to the contemporary English. It is no longer news that the English we speak today is completely different from the one spoken in the 17th and 18th centuries. In fact, several words have been totally removed from the language, or have had their meanings changed. Similarly, grammar rules have also changed, while others have completely gone extinct.

Here are some outdated grammar rules which are no longer used in contemporary English writing and speaking:

In conclusion, language can never be regarded to as a rigid form of culture. With a prolonged interaction with a foreign culture, the language of a group of people is expected to undergo several changes. This is why grammar rules will keep changing until the end of time. However, it is important to study every grammar rule, obsolete and modern, in order to have a better grasp of the English language.

Know the rules, so you can know how to properly break them.

A Guide To Modifiers