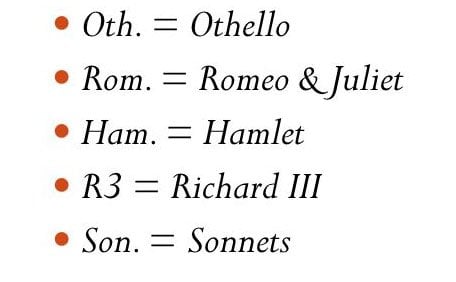 You may use acronyms and abbreviations in MLA format when including the works cited list of your MLA style paper. Having said that, you are expected always to spell out the words in full when writing your paper instead of using abbreviations. For example, rather than writing etc. i.e., or e.g., write it out in full as “for example”.

Acronyms can, however, be used in MLA format papers but you are expected to write the phrase in full at first while putting the acronyms in parentheses. Having done that, you can now use the acronym for the rest of the paper. Although, commonly known acronyms like CIA, IRS or FBI might not need spelling out.

When creating your works cited list, you can use abbreviations following these rules:

If the abbreviation ends in lowercase letters, end it with a period. Except of course you are writing an internet suffix then the period should come before the abbreviation.

However, if writing a well-known name or a name that is comprised of only initial then you do not need to include a period

Degree names are a notable exception to the lowercase abbreviation guideline. For degrees, the first and last letters should be in uppercase while any other letter between them should be in lowercase with no inclusion of a period.

Another exception to the lowercase rule is how common lowercase abbreviations are written. Periods should be used in between letters of common abbreviations in MLA format if each of those letters represents a word.

Month names that are longer than four lines should be abbreviated in an article or magazine citation.

You are expected to abbreviate states, countries and provinces. Use their geographical names

The MLA style allows for the use of common abbreviations in not just works cited list but also in-text citation.

et al. for and others

U for University (for example, Purdue U)

UP for University Press

Paraphrasing and Quotation in MLA Format